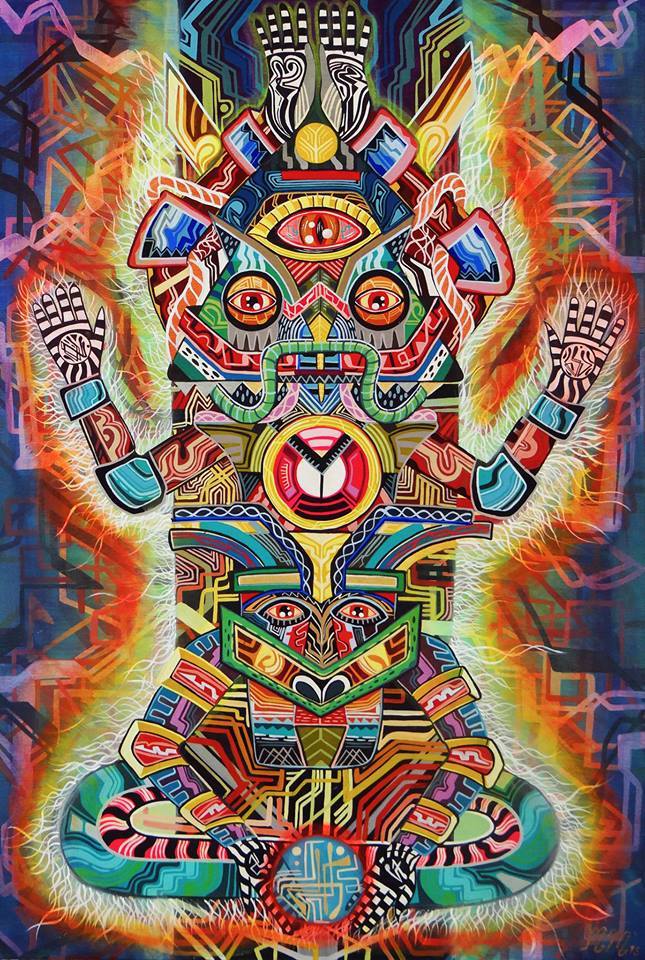 
In the beginning there was nothing; nothing at all. No light, no life, no consciousness, no movement, no breath. In the beginning of time and in the Void the Oldest of Old Gods, Ometeotl, was formed.

Toltec tradition says there are two possibilities, the Nagual and the Tonal. The Nagual is the eternal nothingness, more generally known as the unknowable or unspeakable. The Tonal is everything else; everything that can be named or distinguished.

It is the nature of things that Ometeotl, Creator of the Universe, was both masculine and feminine. This is why the Supreme First God was able to create himself-herself, because he-she could bear life alone. And so it was that the Oldest of Old Gods began the Creation in the dark emptiness that was nothing.

The Nagual is neither masculine or feminine, or both. One is active and the other receptive. Both are equal and dissimilar. Like calculus in mathematics, there is a need for differentiation as much as for integration. To value the heart over the mind is as imbalanced as valuing logic over intuition.

Ometeotl was the first existence to be. This Oldest of Old Gods was therefore, everything that was. When everything exists in one being, all opposites unite. The Creator is both generator of chaos and giver of harmony and order. Ometeotl is both spirit and matter, fire and water, black and white, stillness and movement, life and death, creator and destroyer, and the embodiment of good and evil. Because of this, the Oldest of Old Gods is called the God of Duality, and is the divinity where opposites converge in a supreme manifestation of The All.

In the Nagual nothing can exist but potential resides until there is the slightest movement (action) which creates both Time (active) and Space (the container). The emergence of the Tonal or impulse for our world, comes from the differentiation of opponents (polarity) and the ensuing integration into All That Is.