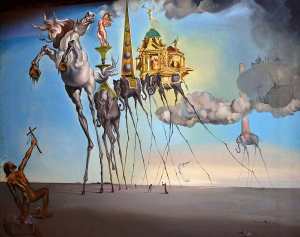 Egdar Allen Poe wrote in a short story the phrase “an undue quantum of absurdity”, maybe to describe a thing with a significant unit. It seems that the term gained general use in the field of Quantum Mechanics / Quantum Physics as it defined a specific change between states without a pathway between.

Paul Levy asks in his book – Quantum Revelation – “How can quantum entities be both waves and particles, which are as mutually exclusive as it gets? How do these quantum entities go from here to there in no time at all without traversing the path in between? How do these massless, intangible quantum entities, which have no weight and no substance and can’t even be said to be real or even exist, give rise to the massive weight of the whole universe? And how do quantum entities at opposite ends of the universe seemingly communicate with each other faster than the speed of light?”

These questions arise from the scientific exploration in the nature of reality and the quantum field the essence of which asks how does someone investigate something that one is a part of? How do we look at ourselves from the inside? Some of the leading quantum physicists ask how does consciousness dictate the experiential world we inhabit? This is a fundamental question, but the question we have to ask ourselves is “How can I deliberately create the world I wish to inhabit?”

So is Quantum Love the creative force that we need to align with in order to manifest our world, and if so, what responsibility do we have individually and en mass to encourage the positive?

There is a contagious virus of the soul invading the planet as an insidious psychosis of the mind. In the Star Wars trilogy he is known as Emperor Palpatine with his shadow Darth Sidious. Apparently the Native Americans called this madness “Wetiko”, an underlying blindness compelling them to act against their own interests. 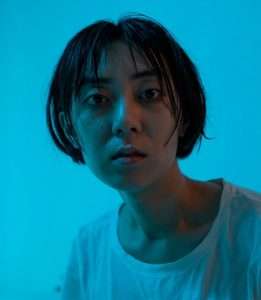 This is a parasite of the mind, that is currently being acted out en masse on the world stage via an insidious collective psychosis of Titanic proportions. This mind-virus which Native Americans have called “wetiko” covertly operates through the unconscious blind spots in the human psyche, rendering people oblivious to their own madness and compelling them to act against their own best interests.

Wetiko bedazzles, bewitches, and be-devils consciousness in such a way that we become blind to the underlying, assumed viewpoint through which we perceive, conjure up and give meaning to our experience of both the world and ourselves. A form of psychic blindness that believes itself to be sighted, this psychic virus can be thought of as the “bug” in “the system” which informs and animates the madness that is playing out in our lives, both individually, and collectively, on the world stage.

“One of the chief features of the aforementioned wetiko disease is to be doing the very thing you are accusing others of doing.” So how do we wake up in the dream we are creating? I want to suggest a mechanism.

Take a moment to review yourself in the world you occupy. Do this without making judgements or criticising, and without denial. Intellectually see yourself as the Total Creator of your Universe. As a mental exercise imagine yourself lifting yourself out of this framework until you can occupy the space you might call your higher self.

From this place look down over the creation you found yourself inside and acknowledge this as the co-creation between the two yous for the benefit of learning experiences. From the Higher perspective you might view the worldly experience as a picture you painted and descended down into. Notice that you still have the brushes and paints with which you created this masterpiece all around you; the masterpiece is still unfinished. There are parts that need changing and parts still to be added, so take a moment or two to evaluate what you might do next.

Notice that if you simply paint over the old image, there remain elements that leave traces of the old. Then you realise it is better to completely remove these with a scraping tool or an eraser. How much of the surrounding do you have to take to eliminate the traces?

Perhaps it is better to erase more than less. You can start to do this in your own time, and as you do this notice how hard you have to scrape? Is this part old, dried, and hard? Would you do better with a sharp knife or chisel? The tools are there to choose.

Once you have created a blank spot you begin to feel into the area, this area of your life, because art is a conspiracy between the intellect and the heart. You need to feel into it, but you need technique to create with.

Are you ready to create? Do you want to build the form first, maybe some sort of plaster or material that holds a shape before you apply the colours. Then the base colour, the tones and richness that will shine through.

When you are ready to put you impression into the work with more colour and detail as the whole begins to take shape and significance. The final act might be to add a finishing varnish but hold off from this because first the Higher Self must project down into the work to experience it.

Find yourself inside the work again, most of it is familiar but there are aspects and areas that are not exactly who you’ve been. There are thoughts, beliefs, attitudes and judgements that you will need to release before you can be comfortable here. Lessons need to have been learned. Is this how you’d prefer to be? Are you ready for it? Are there things still to change?

Rise out of the art-work again to the view-point of ascended teacher. Consider for a moment the consequences of assuming this new role. Are you and your material being ready and willing to lock in these changes, or do you want to redesign the project? In the next few moments of clock-time make your changes and descend into the creation.

Arrive here where you left off recognising things may be different over the next few days or so.