Most organisations are structured as a pyramid. A pyramid has a CEO at the top who holds all the power and layers beneath that keep the structure in place. The top down ends at the bottom where most of the actual work happens. Such pyramid schemes can be described as ponzi schemes. They are described as such because they are mostly based on borrowing from organisations like banks which in turn are based on borrowings which have no basis in real wealth.

The truth is that Multi-National Corporations, Banks and other financial organisations, Businesses, Governments and many other systems are top-heavy pyramids. In a changing world founding of decentralisation these same structures become dangerously destructive. The larger the ship becomes the harder it is for it to change direction and the more damage it does when it hits something.

Pyramid ponzi schemes are quick to assert that others are building unsustainable pyramid schemes. Nature doesn’t support pyramid schemes. Take for example a pile of dirt. You can build the pile as a pyramid to a certain height, but when it reaches the prescribed height it collapses. In fact it doesn’t just collapse it becomes a toroid which is natures balance. 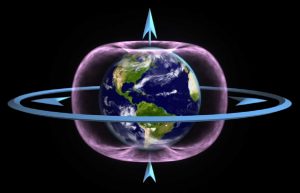 Life is the toroid of birth through to death. The seed is dropped into the nutrient bed of dead material where it germinates. The germinated seed sends down its roots and elevates its shoots. It becomes rooted in the old, the past, and seeks out the light of the future. It opens itself to the experience and develops to the limits of its abilities where it blossoms. It blossoms and expresses its perfection and finally begins to fade. The blossoms start their final task and set into fruit which is the beginning of the new generation and the passing on of what has been discovered. Finally the fruit drops to the ground giving the encompassed seed the sustenance to begin the next cycle.

Everything that is sustainable is toroidal. If you are to survive you must learn how to Give, Attract, Support and receive in order to Give again. This is the function of life. The Collective Leadership Training is an environment created for those willing to develop co-operative survival skills. Survival of the fittest is only for one generation; survival of the species is found in co-operation.

If you wish to know more for yourself or want to recommend it to another please email ragoczy@gmail.com