The Battle; Jupiter vs Saturn

Today is November 27th 2021 and I want to talk about the elephant in the room before the Solar eclipse on December 3rd/4th depending where you are in the world. Before I start I want to clarify one idea that comes from the work of psychiatrist Carl Jung. In his study of Dreams, Astrology, Mythology and the human psyche he arrives at the conclusion that these all refer to the same single thing, all coming from different angles. They are facets of the same star. I would like to add one more facet being the observable universe. Let us say that the observable universe is the notebook or diary in which the other facets are described.

Astrology might be described as the projector of the mythological and psyche onto the observable universe. Astrology had a consistent history for thousands of years in what we may call the classical period which came to an end in 1743 when Uranus was discovered and opened up an expanded view of the Solar system. Up until this time the planet Jupiter ruled the two signs of Sagittarius and Pisces. Saturn ruled the two signs of Capricorn and Aquarius. Jupiter and Saturn are known as the social planets in contrast to the two personal planets Mars and Venus which sit either side of Earth. 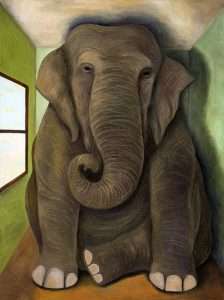 The elephant in the room is the mistaken identities of these two planets and their mythological counterparts. Jupiter is the Roman name for the Greek God Zeus, and Saturn the Roman name for the Greek God Cronus. Herein lies the first hints of trouble. Rather than retell the myth I refer readers to https://ancient-greece.org/culture/mythology/cronus.html . It is important to note that both Rhea and Cronos were the children of Uranus and Gaia.

Traditionally Jupiter is seen as the beneficent planet and Saturn as the maleficent one, one represents all that is good and expansive and the other bad and restrictive and this is the way astrology has and does treat them. 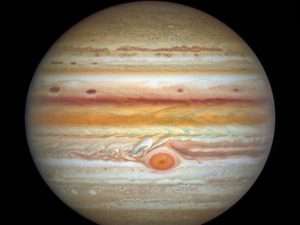 But when we observe the actual planets up close and personal we discover that Jupiter, the biggest planet in the Solar system is not at all hospitable. Both Jupiter and Saturn have around a 10 hour-long day, with Jupiter being 11x Earth’s size and Saturn 9x larger than Earth, relatively similar sizes. However Saturn’s density is half that of Jupiter and thus far less heavy. This comes as significant when classical astrology sees it as the heavy planet. 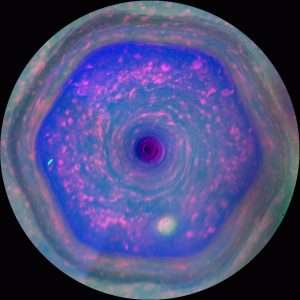 These bodies 10 times the size whirling around at twice the speed of Earth. We might even note that Uranus was the father of Saturn who was father to Jupiter. Keeping to the comparisons we note the giant red storm on Jupiter is bigger than the Earth. Jupiter is actually an un-hospitable violent stormy planet with an enormous gravity, by far the heaviest planet in the system. Saturn also has a giant storm in its polar region which forms a hexagonal pattern, so from a distance Saturn is quite magnificent and magical up close. It also has the lowest specific gravity of any of the planets and so it is the light one.

Enough of the material qualities as we consider the change from the Age of Pisces to the Age of Aquarius, from the rulership of Jupiter to that of Saturn. Jupiter is the planet of expansion for obvious reasons. Saturn on the other hand is the planet of limits as shown by its rings. Interestingly Saturn is losing its rings and Jupiter’s storm is receding.

Throughout the Age of Pisces humanity has delivered signs of excess and nowhere more excessive than in the last hundred years. Humanity has plundered planet Earth; Jupiter has raped his grandmother Gaia all through the desire for endless unstoppable growth. Gaia conspired with Rhea to protect the child Jupiter and he turned out to act for unlimited power. The problems facing humanity and the Earth are the result of the lack of discipline, and specifically self-discipline. Even today when we are called to have restraint there are many people who will not be held to account. 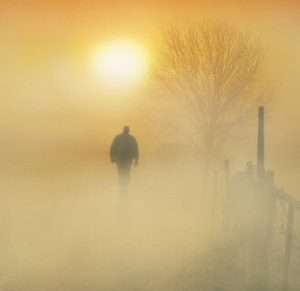 Pisces is a water sign, more especially the airy part of water, called the mist. Things are hidden in the mists, their shapes are distorted and appear to be from Faery lands. One thing that is associated with such mist is those elements which are carried in minute droplets, such as corona viruses and in particular covid-19 virus. It is carried and spread in unrestricted environments, and it grows. It grows in the hidden realms until it becomes symptomatic by which time it has already expanded its grip.

But we have already passed into the Age of Aquarius and a change in direction. Where self-control has not been applied, external controls and restrictions have become necessary to halt the endless expansion. Saturn/Cronos is the figure of Father Time with his deathly scythe. The time has come to be held to account and with this we are seeing more and more whistleblowers exposing the corrupting behaviours of the previous holders of power.

Capricorn also ruled by Saturn is said to be the sign of the adept, the teacher, and in tradition Jesus is said to have been born in this sign. In reality Jesus was probably born as a Pisces in February, and is known as the fisher of men. Saturn has seven ring systems each representing the seven natural aspects of the human psyche from the lowest to the highest aspirations.

All three wars are about gaining more of the pie. We can see it in others and if we look we will see it in ourselves. We have a mantra “More for Me”. I want more money, more time, more sex, more land, a bigger house, a bigger and better car, in fact I want more of everything. Even the idea of creating your own reality, the Law of Attraction suggests there is an endless supply of everything, even when we know the more I have the less for someone else.

Nature lives with balance, no matter how determined individuals are. The people with the less are moving towards those with more. The more they hoard the more numbers come to get it. The world is in a migrant crisis of its own making. 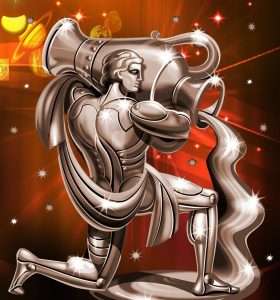 The Covid crisis, the climate crisis, the migrant crisis and the poverty crisis are all expressions from the Age of Aquarius. The Water Carrier redistributes all the water that has been accumulated in Pisces. In the mythic story of Hercules through the twelve signs shows him redirecting the two rivers Alpheus and Peneus through the royal stables and washed away all the putrid dung from the past.

The questions a person must ask themselves is which army do they belong? Is it the army of total freedom and more or the army fighting for the benefit of the whole community by self-discipline. This is not so much a question of choice but one of non-discrimination. Nobody likes being told what to do, but we as a group have always excluded or locked away those who will not comply with the wishes of the majority, and if there is no obvious one we will fight to the death. The myth tells us of the great battle between Zeus and Cronos. The outcome of this conflict is quite clear, if we do not restrain ourselves we will be unable to survive.