As early as 1977 George Lucas with the behind the scenes help of Joseph Campbell began to warn the American people of what was to come if they continued down the path they were on. Rather than beginning at the beginning they chose to start at the place where to battle lines were drawn. 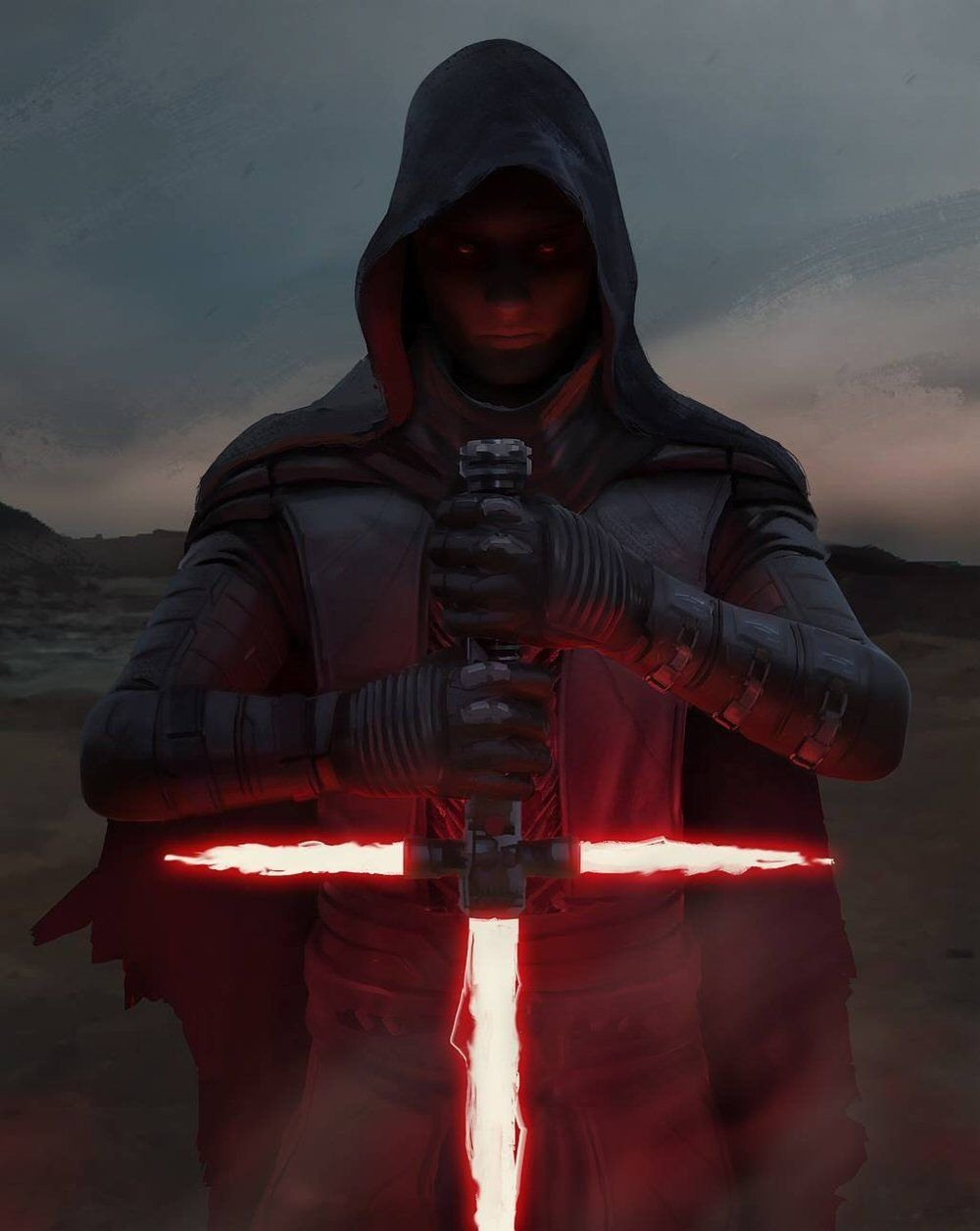 Episode IV released in 1977 was originally known simply as “Star Wars,” but is actually, unsurprisingly, called “A New Hope.” Anakin Skywalker, taken as a padawan by Obi-Wan Kenobi with the potential to be the greatest Jedi ever, has already fallen to the dark side. He was seen as the prophesied chosen one born to bring balance to the Force. Now he has a mission to destroy his own two children, Princess Leia and Luke Skywalker. Rather than bring balance he is set to destroy the possibility of balance and hand the control of the universe over to the evil Sith Lords.

In order to stop his plot his own mentor sacrifices his life in physical form in order to guide the last Jedi to fulfil the prophecy. In a battle in which he cannot win, Obi-Wan allows Darth Vader to release him from his physical bonds, and become a spiritual being.

Obi-Wan searches and rescues Luke from Tusken raiders, effectively they are human traffickers who make a living out of human misery and slave trading. From here they team up with Han Solo and his wookiee sidekick Chewbacca, who are space smugglers. They are trading in supplies that have been sanctioned by the Imperial Starfleet, the military arm of the Galactic Empire which came from the Galactic Republic after Palpatine’s declaration of the New Order. 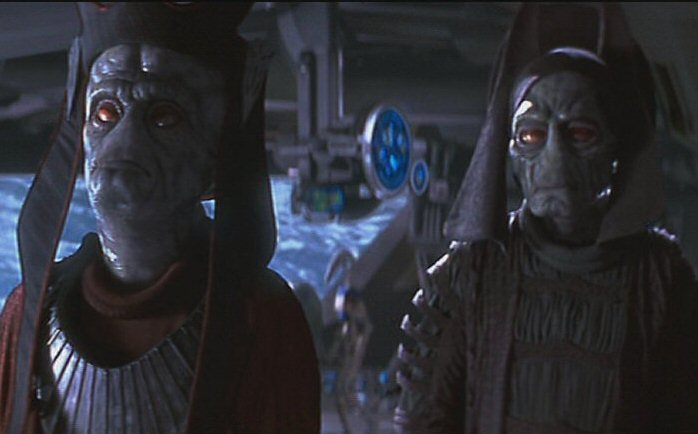 They make their way to the planet Alderaan only to find that Vader has destroyed it with the use of the first Death Star. It is destroyed by Luke becoming aligned with the Force aiming two proton torpedoes into the core reactor.
It turns out that the Trade Federation has its own representatives in the Republic Senate to lobby for even greater power. They send their battle droids to invade Naboo to create a government crisis. They have secretly signed on members of Separatist organizations, though their representatives in the Senate deny this.

America’s Empire that Donald Trump wishes to implement. The rest of the six part series outlines how this all began, who is behind it and where it will end up. In the movies the Rebellion succeeds but in real life that is nowhere near clear.

The real issue is whether the constitutional Americans wake up, and the rest of the world aligns itself in the Force and brings together a New World Order based on Freedoms and human dignity or we all become slaves to a dominant elite. There are few nations that can meet this threat by themselves which makes it only possible when we, the people, come together in the “Force,” that higher unity brought about through the messages of all the prophets and sages. 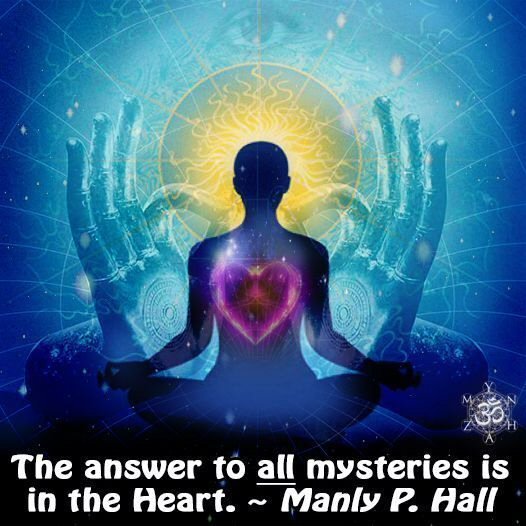 There is a shift in consciousness happening whether we like it or not. It only depends on whether it is a shift to the Dark Side or a evolutionary shift to World Peace. Nobody can escape this, so you will have to decide whether you will join the Revolution, or become one of the Clone army.

What we do next is the beginning of a revolution that will transform human consciousness and establish spirit as the dominant force. The alternatives are as the evangelists would have us believe, there will be Armageddon and the destruction of the physical plane. It will not, however, build a New Jerusalem for the favoured few, but reap karma for all those who ceased to stand up for, and bring Eden (peace, love and justice), to this experience.

Time and dates are interesting concepts. It wasn’t until the late 18th century that standardised time even existed. Up until then time was a natural phenomenon. The sun rose in the morning at the start of the day and went down at night. The winter day was shorter than summer, when more time was needed for harvesting.

Mechanical clocks were in use, of course, but their accuracy was in question unless they were kept stable. This meant that measuring time on a boat was impossible, and so it was not possible to determine a boat’s actually position. Then, the rotating gimble was invented which allowed exact positions to be calculated. This in turn allowed accurate maps to be made. By the late 1700 the first railway timetable was drawn up and the British Parliament passed a law standardising Greenwich Mean Time.

As we come to the end of 2012 Gregorian calendar, time and date has less validity because of globalisation and the ability of technology to communicate across the planet at any time. The upshot of this is that ideas based on numbers, such as 12-12-2012 are only valid to those that use this calendar. These are man-made configurations. Time is a measure of cycles. A day is the passage of sunrise to sunrise the following day, ie the cycle of the rotation of the Earth. A month is the rotation of the moon around the Earth. A year is the rotation of the Earth around the Sun and so on. Then man manipulated these cycles to fit with a mechanical and equal measures.

The point is that the natural measure of time is the movement of the planets, and these planetary rotations are not equal but effect one another. From this we discover that at the end of any “Long Count” there has to be a planetary configuration. With this in mind 12-12-2012 is less relevant that 13-12-2012 because this day has the last new moon (conjunction of Sun and Moon) of the year. What this new moon bring forth finds its fulfilment at the full moon on 28th December at the beginning of the “three days of darkness”. These are not likely to be physically dark, unless the transition period incorporates a collapse in the electrical grids that connect most of the world. That can easily be put out of action by an EMP (electro-magnetic pulse) whether solar or man-made.

Watch my talk on the astrology of the “days of darkness”.

Merc gave a session quite a long time ago about how much human beings are addicted to substances and behaviours. He says that by labelling a behaviour as a habit gives it a semblance of respectability. But it is as it is, an addiction.

Like any addiction something that has a hold over you requires a determination to free oneself. In the old religious terminology this was seen as the work of the devil. There are three levels of distinctions in the mental field; belief, conviction and certainty. In order to begin to unravel the grip of the addiction a person has to detach from the certainty by acknowledging that it has its power because you are convinced you have no choice. This word derives from the latin vincere – to win or overcome. When you convince yourself you can overcome the feeling you choose freedom. You realise that you are being controlled by a belief which actually has no substance.

Substance is that on which you are standing, or the position that you are taking. All along the way you begin to identify that you are in charge, you decide, you are the YOU that is upholding this position. For the position you hold no-thing can be different. Now is your Point of Power. Now is the only moment you have to change your position.

Francis Evans has been a researcher into consciousness for over 40 years. During these years he has stood out, like many outsiders, because he thinks outside of the commonly accepted. Over the years much of what was initially derided has become the accepted reality.You will want to follow this site as it builds up insights and discoveries.

Francis has studied psychology and metaphysics from Hypnosis through NLP (neuro-linguistic programming) to the metaphorical story-telling of brief “Uncommon Therapies”. He has learned how to uncover a person’s potential through a unique method of person-centred humanistic Astro-psychology, myth and archetypes. he is a extra-ordinarily gift deep-level trance Master Channeller able to offer incredible insights from an entirely different perspective.

Book a Skype session by email 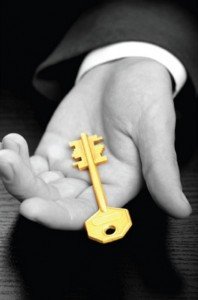 “Invest in Youself” has come alive to provide inspiration, motivation and provide services that give tools to build a personal quintuple value. That is tools for the basis of financial security, the framework for a sustainable home/work environment, tools for building sound social/collegiate/relationships, tools for discovering a deeper understanding of self, and access to a higher wellspring of knowledge.

These values make up a golden key to Health, Wealth and Wisdom. The key to the “authentic self” is an acceptance of the whole of yourself, as you are. So often we try to present in a way that is acceptable to others and in the process become compartmentalised to ourselves. In fact comparting over a span of time may be the biggest cause to the problems a person has.

Integration is the mathematical opposite to differentiation.  If the geological definition is used then, differentiation is any process in which a mixture of materials separates out partially or completely into its constituent parts. Integration is when separate parts become one whole.