Using the World for Spiritual Evolution 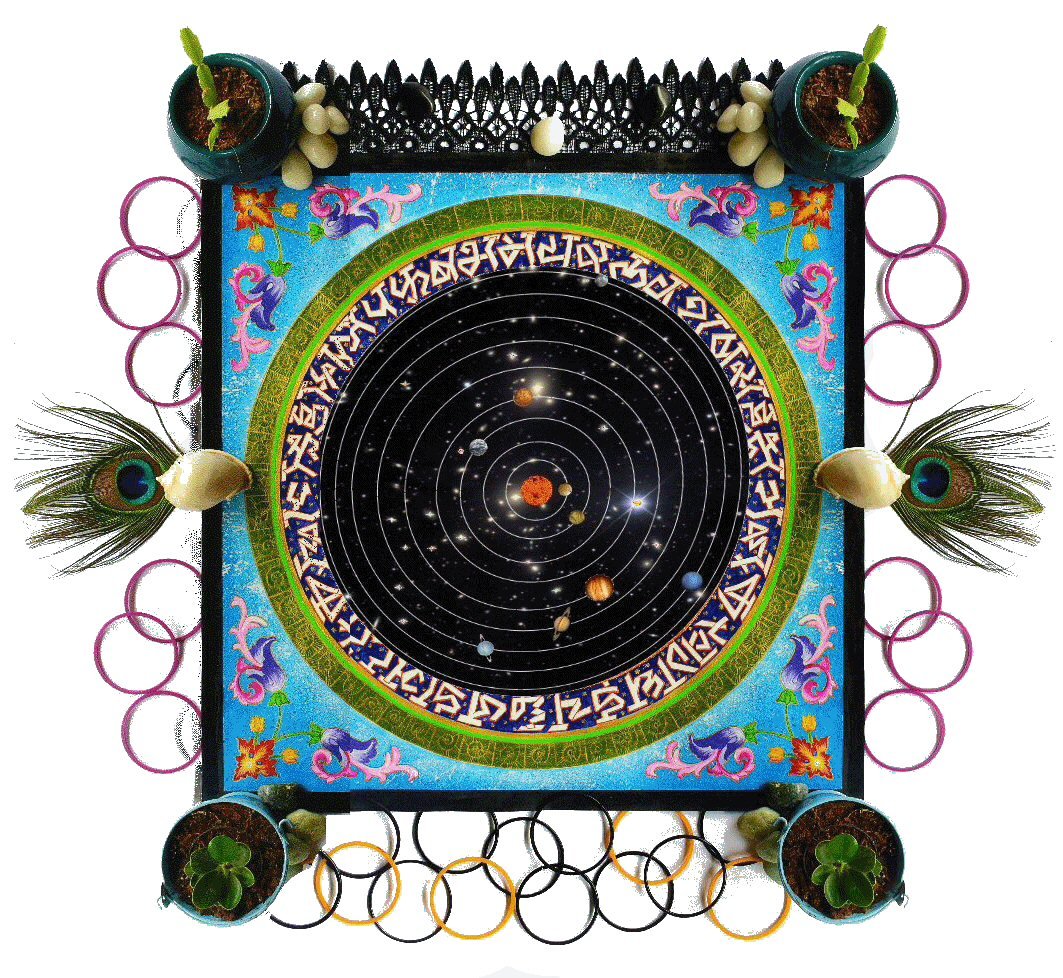 You and your world are not separate. In essence we all live in quantum fields of existence which are nested one within another. The widest field is beyond any sort of knowing and is described in many terms form God, the Divine, the Void and so on. There is no point in labouring that it is an emptiness beyond imagination. The Emptiness contains the first nest perhaps best labeled Consciousness. Consciousness contains all that is presently known and all that is presently unknown by all sentient beings within the Universe.

The Universe is a container for the Cosmos. The Cosmos is the container where wave functions condense into quantum particles and forces; the fermions and the bosons. It is from the self-organisation of these wave functions that the Galaxies seemingly appear on our measuring equipment, such as telescopes in whatever form these take. The Galaxies are the field container for the myriad of Stars and planets that inhabit them with increasing condensation. As you can understand at this level there are numerous separate Galaxies occupying the single Cosmos, yet each one is in gravitational relationship with all the others.

Of course there are even more numerous Stars occupying each Galaxy, with similar gravitational relationship with each other. The gravitational forces keep the whole in a dynamic balance even as the whole is seemingly expanding. Now we arrive at the individual stars and in our case the Sun. The Heliosphere is the energy field which our Sun's gravity influences. Nested into this field are the Planets, the Dwarf Planets, Comets, Asteroids, and a variety of other condensed bodies. Like everything else they cycle around their container in dynamic relationship to their parent and their siblings, and in the case of moons their children.

Each of these Planets is its own quantum environment containing the sentient beings that inhabit them. Like all other materialised forms they are focused aspects of consciousness perceiving themselves and the world around them. Each one imagines themselves into "shape" in line with the consciousness that formed the planet. In other words one should not expect a being inhabiting the planet Jupiter to hold any semblance to one inhabiting planet Earth, nor any possibility of setting them into any description to which they do not belong; they do not exist as far as Earthings can see.

Each being inhabiting a condensation of a body on planet Earth is nevertheless in relationship with every other limited consciousness in the Universe. This means that every human being has a relationship with each of the planets in the Solar system marked by the moment consciousness awoke in them as separate from their mother, at the time and place of birth. And thus we have Astrology.

While we each have such a relationship, we also have an ongoing relationship with the planetary container in our personal locality. What we see through our consciousness is projected out and reflected back by the ever fluid background reality. Indeed you create your reality by the thoughts, ideas, attitudes and judgments you project out. This is useful to master, but even more impressive is the ability to read those thoughts, ideas, attitudes and judgments that illuminate where you are in the journey of life.

You live inside a dream of which you are always the master. The difficulty is that you are living on the inside of a dream you haven't awoken to. Once this is realised there also comes the realisation that this is the most important work to be accomplished. The wise will decide that the way out is to find a coach and a guide who knows how to understand the language of reflections. It is a well-known phrase in computer language that the code does exactly what you tld it to do and nothing else. If the result is not what you planned change the code!

To find out more contact the author on ragoczy@gmail.com