In Christian Tradition, Jesus is quoted as saying “where two or more are gathered in my name, there too am I”. This refers to the energy vortex that is created around intentions or purpose in relationships or in groups when they come together for or focused on a common theme. In mystical traditions it is referred to as a Deva or Devic Form. As it is an energetic form separate from the individuals who form it, it has an independent life of its own.

The famous Theosophist Geoffrey Hodson painted images of what he could see psychically. This picture is said to be a “mountain Deva”, most likely of Mt St John near where Hodson lived in Auckland, New Zealand.

When a Devic form is first produced it takes the shape of two vortexes, one ascending and expanding, and one capping and holding the focal point. The bottom vortex is about two thirds of the height with the top the remaining third.

As the group expands, either through attracting more members, or increasing its commitment and intensity, so too does the energetic Deva increase in size and influence. Things that are successful attract more “investment”.

The lower vortex determines the location or group for the form, and anchors it. The upper vortex sets the direction, or the focus for its purpose and being. It is essential that the two vortexes stay in alignment or the form will break apart, releasing energy in what might be thought of as a psychic storm.

Both vortexes are spinning in the same direction and in harmony or in alignment. The higher the degree of focus, excitement and importance is directed to the form the higher its vibrational and rotational energy becomes. The form will take on a shape and colours associated with its members. All this is food for its existence, but what happens when members start to flag, or pull out of the group?

Leonardo de Caprio and Michael Caine starred in a movie called Inception. The hero has a spinning top that if it keeps spinning lets him know that he is still in a dream world. That is a reality maintaining is energetic focus, but as soon as he arrives into a world disturbed by other forces it starts to lose momentum, wobble and eventually stop. In this fashion he was able to know when he arrived back to normal physical reality. 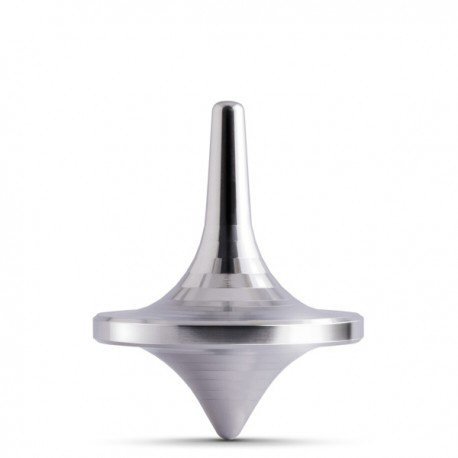 In a similar fashion a Deva will begin to lose momentum if the focus of the group or the commitment and excitement is lagging. When members drop out or simply no longer turn up to meetings the Deva loses its purpose and begins to wobble too. Although such a form may lose its purpose it often has significant retained energy, and like a top will begin to wander from its location centre. The result is that, often, its energy becomes eccentric, disruptive, and even destructive to the purpose and sometimes to the remaining members. This may be seen as in-fighting, leadership challenges and splitting into alternative focuses.

Under these conditions even individuals can be damaged by uncontrolled Devic thought forms, and this factor can explain many of the conditions that happen, including physical accidents and mental conditions. It is because of this it is advisable that when somebody pulls out of a group process, or is felt to be withdrawing, that a swift and compassionate closure and release is arranged.

The leaving member must be extracted and sent on their way with thoughts for their well-being, and all mental and emotional ties released. Afterwards, it is advisable to reassert the commitment of those remaining, and their commitment to the groups agreed purpose. This is similar to giving the Deva form an extra energy boost, that also repairs its psychic “skin”, and removes any scars that the old member, or other energy forms might attach to.

The group leadership must always remain wary if the Devic vortexes show any signs of wobble, and individually, or with the help of trusted members renew the certainty of the purpose, and identify the source from where the wobble originated. In this way the individuals in the group are held by the Deva, and the Deva is kept on purpose. A healthy group is bound by a healthy Deva.